My Father Who Art Not in Heaven 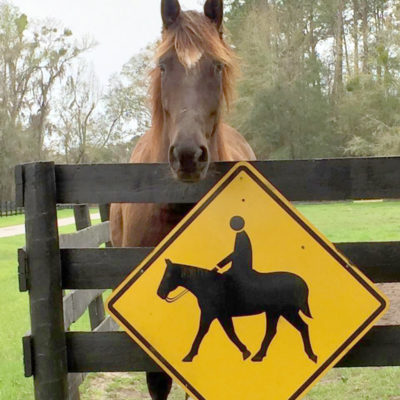 I got my buckskin mare, Sharanagati, August 1, 2015, on a trade. Shara was 10 when I got her, and I was her 9th owner. Needless to say, she’d been through a lot, and it was my calling to her to bring her back into her body and invite her to be an active participant in her own life. She was extremely sensitive, and also had the nature of a 5 year old child in that you never knew what to expect from her. She could go from wise-woman trail master to totally ballistic meltdown in a second or less. It very rarely was anywhere in between. However, I had accepted her, and could not, in good consciousness, let her go for her sake or out of consideration for another potential owner. She was not a horse I would have chosen for myself, but God put her in my life, and I accepted.

A boarding situation means that pasture mates and barn staff change frequently. This was not ideal for a sensitive mare like Shara, but I could not change the situation. I had felt for a while that there would be a second horse, one that was a suitable buddy for her and give her some grounding and stability that no human could, and also that would eventually be a good riding horse for me.

I saw the ad May 30 th , 2016. It was for a sturdy built, very handsome, dark brown dappled gelding of good size. The story was that the original owner had passed on and that there was very little available in the way of documents, even of his age, but that he had been with 4 other people since, and he was only about 5 years old. That evening, I looked again at the photos of this elegant animal, and tried to get some more information. I was having an awful time getting into his energy field, so I knew that I had to, and I persisted. It was around 10 PM when I got what I needed. This horse had been my father in this lifetime. By the time he left his human body, we had reached peace on the difficult walk we had together. In his horse body, he communicated that he wanted to make good, he wanted to make it up to me, that he promised to make me proud, that he knew I had prayed for him and that the prayers had been heard, and that he had changed in his heart and had also prayed to be accepted by me again. He let me know that on “the other side,” when he was asked how he was to be a part of my life again, he had replied, “I’ll be a horse. She really likes horses. She’ll take me.”

I cried violently and gagged and shook for two hours after I got that communication. That horse would be mine. We would complete whatever needed to be completed.

It was midnight by the time I had composed myself. I knew that my main student in animal communication would still be up. Although I had no doubts, a second opinion never hurt, especially with something as profound as this. I called her, and she picked up. I asked her if she could look at the ad and tell me if she got anything. She also had a hard time getting into the horse’s energy field, and I told her just to stay with it until she did. And when she did, she was also emotionally quite affected, and confirmed everything I had already seen.

I finalized Rishi’s purchase mid-June. I knew that his extreme dominant nature would be a challenge for me, and that I would rise to it. Rishi is doing well with his training, stubborn as he may be at times, and has become quite the comic. He is curious and loves to explore nature and take long walks on the trails, and offers to help paint fences, fix gates and drive the tractor. Feed time is especially dear to him, same as previously, but this time, dinner is gourmet sprouted oats, freshly ground flax meal, and soaked non-GMO alfalfa cubes with a side of good hay, eaten with great relish. He still has someone else trim his toenails and continues to enjoy showing off and being acknowledged by pretty girls of both the human and equine species. He and Shara get along very well, and she is soothed in his presence. She has thanked me many times for making the arrangement.

We never know what walk we may have to go with our animals, or anyone else. There may be unfinished business between us. We have our past, and also endless opportunity to achieve perfection, and so do they. The soul travels through so many species of life and goes through almost unlimited interactions on the return road to the Godhead. Like twigs in the water, we may dance together for some time, even some lifetimes, and then dance apart. Enemies, friends, lovers, family, we may rise and fall together in the ongoing stories of our karmic waltz together. The Lord is the expert choreographer, and as our willingness increases to dance His dance alone, we can return to the Kingdom of God, where every word is a song and every step is a dance, taking as many souls with us who are ready to go.

My eternal father, the Supreme Personality of Godhead, is also not in heaven, but resides eternally in His Transcendental Abode which lies beyond the scope of both the higher and lower planets of the material universes. In the right time, Rishi and I will rejoin Him in that Supreme Destination. We invite whoever is willing to also ride along with us.